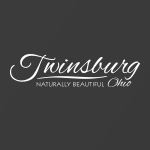 Twinsburg’s public, education, and government (PEG) cable channel provides our community with a variety of informative programs showcasing issues, people, and places in our Community.

Our PEG Channel is operated by an entity formed by a consortium of communities. In late 1980, The Western Reserve Cable Consortium was formed with an initial membership of nine communities; the consortium awarded the cable tv franchise to Adelphia Communications in March of 1981. They aired their first show – a high school football game – in September of 1982 with a staff of one.

As the consortium's reach expanded from television and into social media, on-demand, and other services, the name was changed to "Community Focus". The wide variety of programming produced by Community Focus is distributed to audiences via Spectrum Cable channels 1021 & 1022, video streaming, on-demand, and through the FocusApp.

Live Streaming and Video on Demand

City council meetings are streamed “live” and archived for future viewing. Live streams can only be viewed from the City's YouTube Channel at the time a meeting is held. Links to many of the past meetings can be found on the video page.